In the bike park of Valloire you will find flowy natural trails, each with their own character.
In the reds and blacks are some steep sections, but nothing extreme.
And some greens and blues for the beginners as well.
The lift pass is relatively cheap for the number of trails and for a fast gondola although there is a slow chair lift at the top.

There are some exciting XC routes that take you into stunning alpine scenery as well.

Cons
– Some of the black trails have disappeared.

Valloire is mostly a resort town nowadays, but it still has some of it’s Savoyard charm, there are no high rises like in most French ski resorts.
There is plenty of entertainment for your non-cycling family members.
From a visit of the Fort du Telegraphe or relaxing in the swimming pool to the ice-rink or via ferrata’s of varying difficulties. 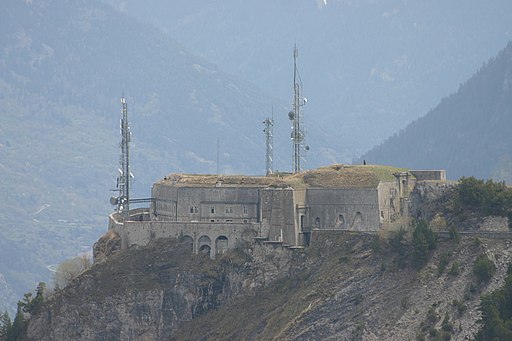 Camping Sainte Thecle is a large campground with large pitches divided by hedges. The roaring mountain stream can get to noisy after a while. The village center and lifts are just a couple of minutes away.
The only downside is that toilets and showers could use an update, everything functions and is cleaned daily.
There used to be an official aire for campingcars along the road up to the Galibier just outside the village, but this has been closed.
The road along the river close to the campground is also popular with camper vans, but if you don’t need any facilities you can also find a beautiful spot towards the Galibier.

The trails all have a natural enduro character, flowing and playful , some steeper and technical sections, but nothing that requires full on commitment. They all start out above the treeline, so the beginning is rocky with loose gravel and as you go down they become steeper and when it’s wet slippery.

There used to be more black tracks, but sadly over the years they have slowly disappeared from the map.

The green routes, La Familiale, Lac and Escargot are on mountain roads.

The blue route Aigle is a flowing alpine singletrack, it shares the beginning and end with other tracks. So these parts can become dusty and eroded when it’s dry. Overall you could ride this trail with a regular XC bike, but a slightly heavier bike will be more suitable.

Sapinière takes you away from the bike park on a natural trail, that sees less traffic than the other trails.
At the end you will have to put in a bit of effort to get back to the lifts, but unless you’re on an old school DH bike it shouldn’t be a problem.

The cluster of The wood, Gangsta, Goulet is my favorite part of this bike park. Fast trails through the woods, some roots and rocks here and there.
Check the lines out on your first go and then start pushing for speed.

Mickael Pascal is labelled black, but other then the steepness it has no real technical challenges, mostly flowing big turns. There is one big boulder you can jump over, but you will have to take it at a slight angle, otherwise you’ll land next to the trail.

There are also a couple of blue and red trails at Valmeinier. I haven’t ridden them, have you? Please give us a description in the comments below.

Outside of the bikepark are a couple of nice XC trails, that you could also call enduro if you ride them hard enough.
In an ideal world you could download the gpx tracks on the ffc site, but at the moment that doesn’t seem to work.
You can also get a map at the tourist info for 6 €, with the signposted mountainbike routes and hiking trails.

My favorite route:
vtt ffc Valloire No. 7 Les trois lacs (gpx) – You climb up on trails and forest roads alongside the main road up to the Galibier. Then turn left at the mountain restaurant at Plan Lachat, towards the ruins of the military camp Les Rochilles. And then to the Col des Rochilles, where you will see one of the three lakes this route is named after. Follow the old roman road around the lake, the roman road continues to the Val Claree and the to Italy, but we turn left back down to Valloire.
You have to pick your way through an old rocky field, there is a faint trail that goes straight down and then hooks to the right, to an old bridge to cross the mountain stream. You don’t want to be here with poor visibility or without a gps.
From the bridge you’re on a flowing singletrack that follows the contours, with awesome views, all the way back down to Valloire.
You might think that the 28km. and 1200m. isn’t that much but this is a proper all day epic.

vtt ffc Valloire No. la Serraz (no gpx)
This is the old road that goes down from Valloire to St. Michel de Maurienne.
Ride towards “Les trois Croix” and from there follow the number 4 signs straight down. It is mostly a wide track, it has become a bit more technical because of erosion and loose rocks, but it is mainly steep and fast.
After the descent you climb back up with all the road bikers.

When the weather isn’t that good higher up in the mountains, you can go down to the Maurienne valley, for some XC and enduro riding at lower altitude.

You can get a map at the tourist info for 6 €, with the signposted mountainbike routes and hiking trails..

There are two bike shops in the village, they do not have a lot of rental bikes, so it’s recommended that you make a reservation, especially if you’re visiting on the weekend.

Bardonecchia a similar sort of family resort town, with a mid size bike park, but the trails are more build up with berms.
Alpe d’Huez & Les Deux Alpes two of the big European bike parks
Serre Chevalier Longer trails spread out over a bigger area.

Mount your GPS (Oregon, Dakota, Etrex, GPSmap) in a save and clean looking position, without tie wraps.

Will you help support my local trails?

When you click on the booking.com map just before you make a hotel reservation (which you can cancel without any fees), I will receive a small affiliate commission without any extra cost to you after your hotel stay.
I will use half of this money for maintenance of my local trails and I will spend the other half on brake pads and ice-cream.

Last update on June 18, 2020
Published November 28, 2018
Author: michael
Have you found the information you were looking for?